The Exeter Book features a number of drypoint illustrations. Barely visible under normal lighting, they only become apparent when photographed with raking light. Different details are revealed by changing the incident angle of the light. Click on the thumbnails below to open the images in the high-resolution manuscript viewer.

Folio 24v has a design in the very bottom left corner of the page, and two further designs further up the left margin 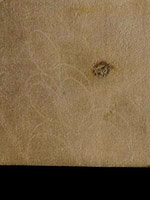 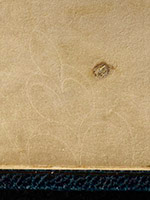 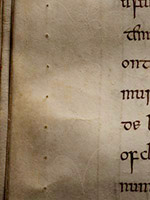 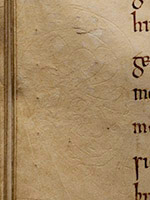 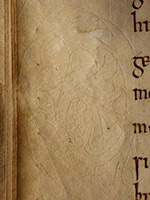 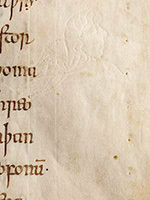 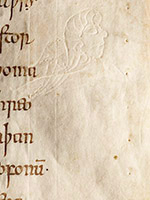 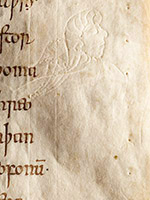 Two letter Ds can be seen, and above them an impression of the angel from f78r 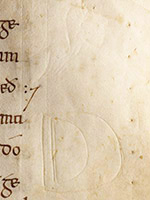 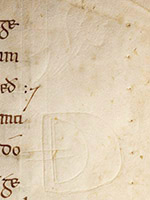 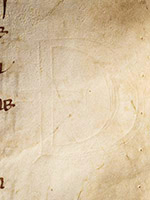 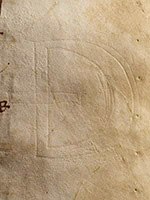 A robed figure appears in the margins of f87v, and can also be seen more faintly in reverse on 87r 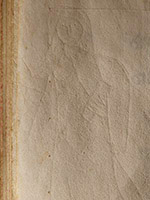 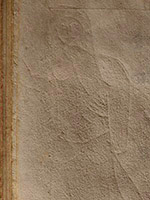 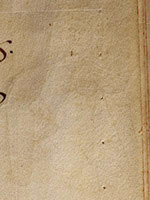 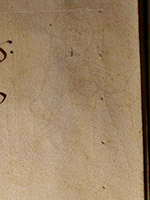 Folio 95v has the outline of two letter Ps, and below them two hands 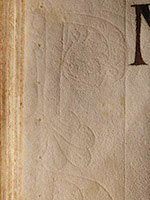 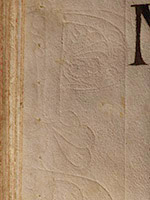 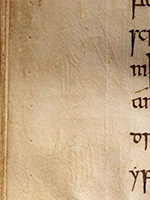 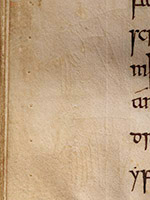 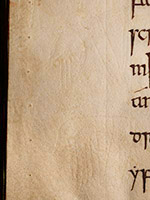 Notes from previous study of the drypoint illustrations suggested the presence of a design in this area of f96r, but despite lighting from a number of different angles, we were unable to find any recognisable design 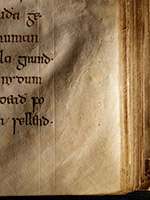 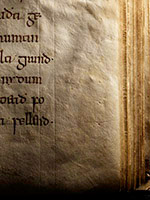 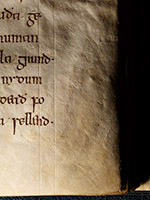 The footer of f123r features an illustration of a figure on horseback. The illustration is inverted in relation to the text on the page. 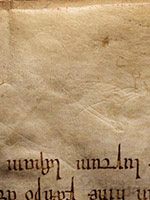 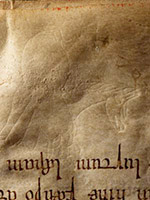 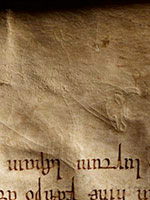 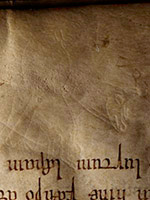